During anaerobic digestion, poly-phosphates will be released as ortho-phosphate. Concentrations of 150-800 mg/l PO4 after digestion are not unusual. High concentrations of ortho-phosphate, in combination with pH variations, will easily provide elementary crystallization and thus formation of struvite. Besides this, phosphate has a substantial water binding ability, which is causing negative effects on the dewatering performance. 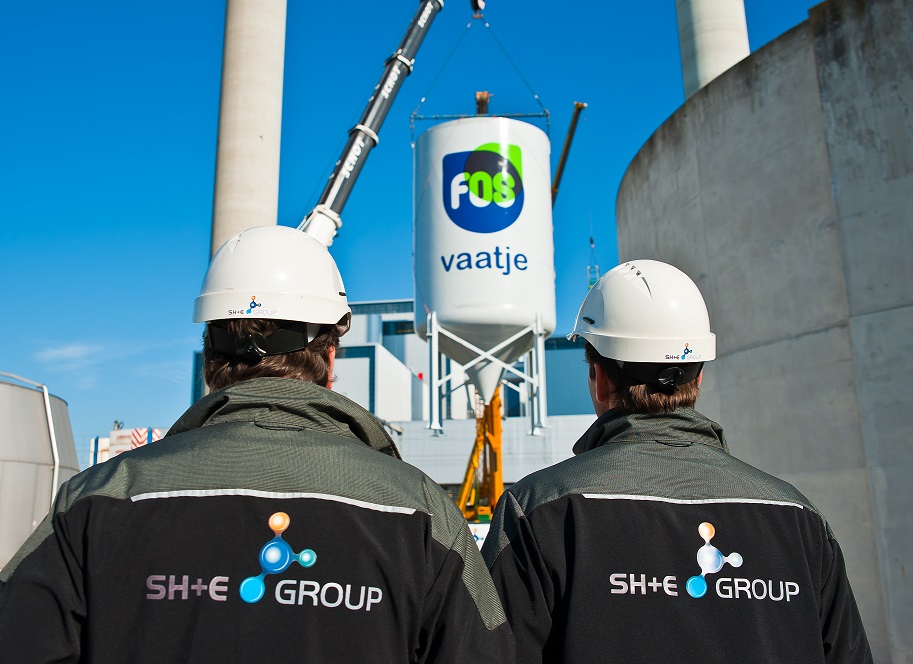 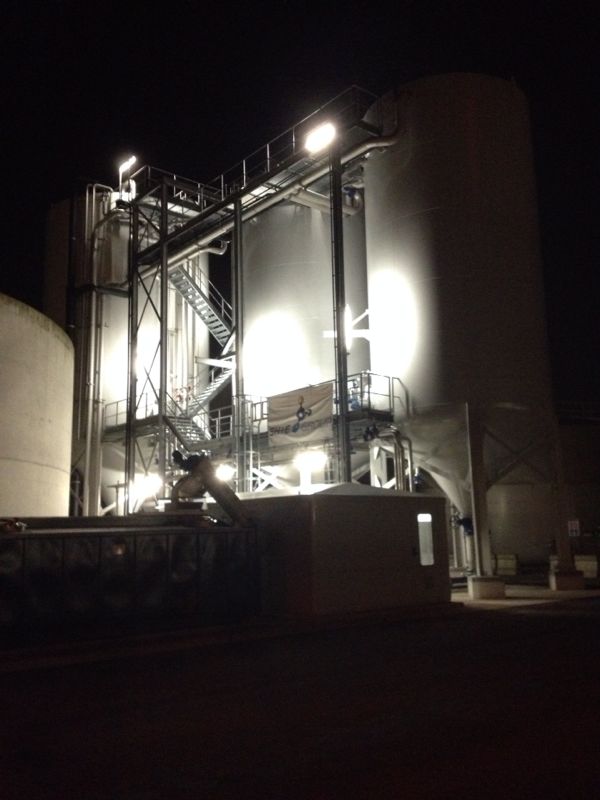 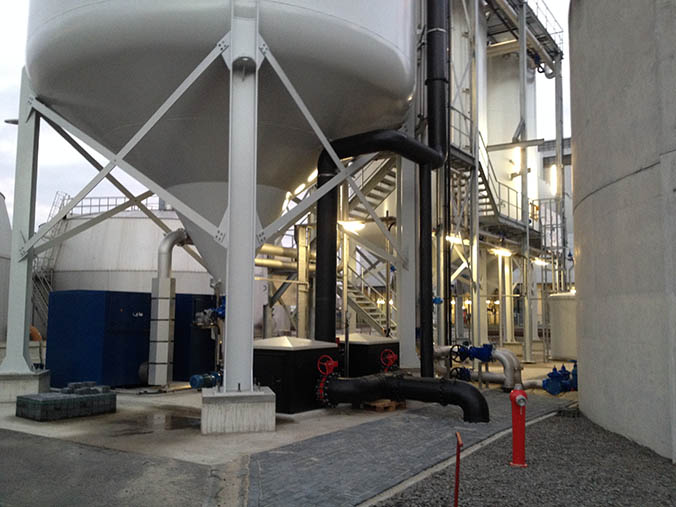 At the WWTP of Amsterdam, ELIQUO applied the AirPrex® technology to facilitate crystallization in a controlled process environment. The sollution is applied in the digested sludge flow, prior to dewatering. The struvite reactor is equipped with an aeration system facilitating stripping of CO2 and reduction of the pH value. By adding magnesium chloride, struvite is formed in the reactor which will follow by sedimentation and collection in the bottom cone of the reactor. The next step in processing is washing of the formed struvite from the reactor. The produced Magnesium – Ammonium – Phosphate product (M-A-P) could be used as a raw material for fertilizer production.

The Airprex® technology is patented by Berlin Waterworks and is exclusively marketed by cnp-Technology Water and Biosolids GmbH.